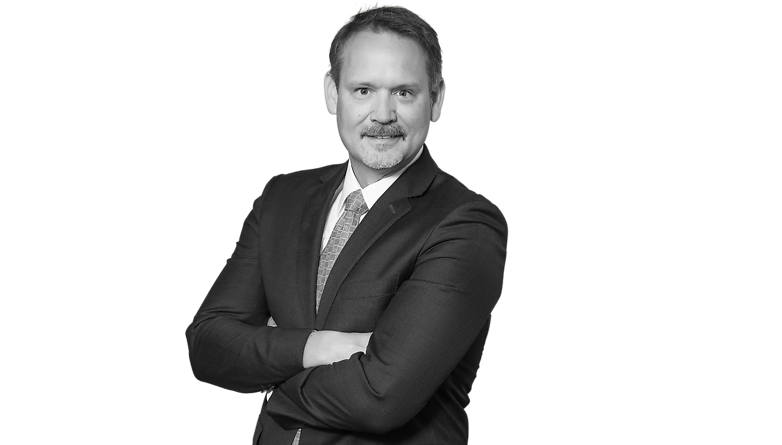 John M. Scott’s practice focuses on complex commercial, construction, corporate and general civil litigation matters. He further counsels his business clients in a wide range of legal issues. Mr. Scott has successfully represented owners, contractors, subcontractors, material suppliers and lenders in construction project disputes; telecommunications providers; wholesalers and retailers; and many other commercial industries. He works closely with clients to identify the important legal and economic issues of each case and to tailor an appropriate approach to resolve those issues. Where litigation through trial is appropriate, Mr. Scott utilizes focused motions, expert engagement and cost-appropriate discovery prior to trial. He has extensive state and federal court experience, as well as arbitration and appellate work. Mr. Scott has represented clients in collection disputes, defective or delayed construction work, condemnation actions, intellectual property and unfair competition claims, breach of contract cases, shareholder disputes and personal injury actions. He also has represented many employers or former employees in non-competition agreements, trade secret matters and related litigation. In short, Mr. Scott is willing and able to handle a very wide range of civil disputes that may be presented to him.

Mr. Scott has been recognized extensively for his work. He is recognized in The Best Lawyers in America publication in three areas: Construction Law, Construction Litigation, and Commercial Litigation. Mr. Scott was named to the Mid-South Super Lawyers list in 2018 and 2019.  He is also a Fellow in the Construction Law Society of America, an organization limited to a very small percentage of construction lawyers. Mr. Scott has actively served various legal organizations, including stints as Vice President and President of the William Putman Inns of Court. He served as the Chairman of the Construction Section of the Arkansas Bar Association, after a 5 year tenure on its governing board. He is a member of the ABA Forum on Construction Law and Defense Research Institute. In 2008, he was selected to the Northwest Arkansas Business Journal’s “40 Under 40” list. He authored a chapter on construction contract claims in the Arkansas Construction Law Manual (2016 edition) and has lectured on various law topics, including materialman’s liens, construction law and alternative dispute resolution. Mr. Scott has volunteered his time speaking to classes and judging competitions at the University of Arkansas Law School.

Named the Best Lawyers® 2020 Litigation – Construction "Lawyer of the Year" in Fayetteville, Arkansas

Inducted as a Fellow in the Construction Law Society of America, 2017

Barrister in the William Putman Inns of Court